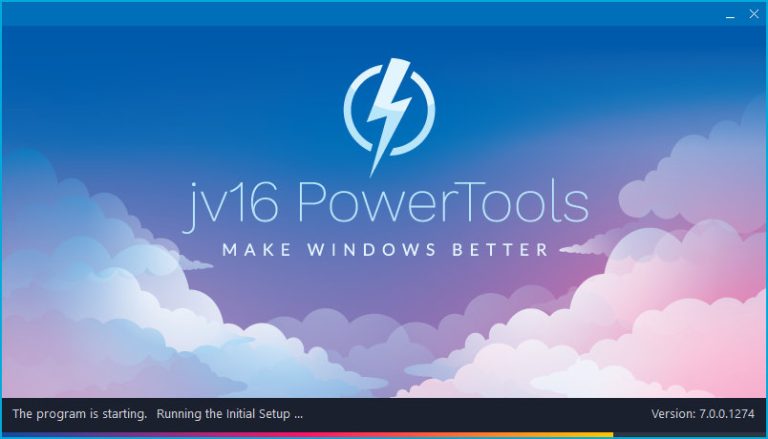 This major update is representing a new generation of jv16 PowerTools.

If you are using any recent jv16 PowerTools (6.0.0.x) – simply download and install the new version over the old version. No uninstallation is required or recommended.

You can join our discussion forum – jv16 Powertools Major Version 7.0.0.1274 thread for sharing your comments of this new version.

1. How can I update to the latest version of jv16 PowerTools?

If you are using any recent jv16 PowerTools (6.0.0.x) – simply download and install the new version over the old version. No uninstallation is required or recommended.

If you own an active license and need to install the new version and activate it:

After you have entered your information, the My Account tool will automatically download and install your license, and convert the trial version to the full version.

2. What license do I own? Can I update to the latest version of jv16 PowerTools?

If you are unsure what license you own, please use the Find My Licenses tool from within jv16 PowerTools, after installing the latest version of the product.

The tool lists all your previous orders and tells you about your licensing options.

3. Who is entitled for a free update to the latest version of jv16 PowerTools?

Anyone can update to the latest jv16 PowerTools, however you can only use it if you have an active license, or are currently within the 14 day free trial period.

To signup to our newsletter, all you need to do is enter your name and email address in the provided form on our download page. Then click to download the product (if you haven’t already done so).

If you already have jv16 PowerTools installed, you can also sign up from within the app.

You can unsubscribe from our mailing list by using the unsubscribe link provided inside every newsletter sent out.

6. Where can I download the translation files for jv16 PowerTools?

The new jv16 PowerTools, comes with the following translations built in.
It will automatically switch if any match with your computers main language or default to English otherwise:

How to install jv16 PowerTools

Download and run the software’s installation file to install jv16 PowerTools to your computer. Follow the on-screen instructions.

All new users of jv16 PowerTools will receive a fully functional, 14 day trial version of the product. It contains no bundled software, no adware, no nonsense!

By entering your full name and e-mail address during product setup, you will be subscribed to our periodic newsletter. That’s all we ask: to stay in touch! We honestly value your privacy and offer a trust guarantee.

If your question hasn’t yet been answered in any listed above, please open a new support ticket and we will be glad to assist!

What Our Customers Say

Always an amazingly fast response to enquiries and with a positive attitude rarely shown in other services and providers.

Well done – and keep up the development!

Using jv16 since virtually ever, there’s little other to say about it apart from that it’s a marvellous tool for keeping your system at peak.

Not much arguments for not using it.

The responses to support questions I’ve received have come promptly, accurately and courteously.

No hassles and no waiting on the phone, wading through a phone tree of interchanges!

How to clear your browsing and search history in any browser