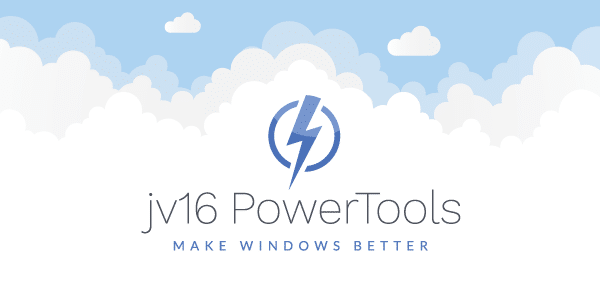 
The release was made alongside an industry-wide benchmark report showing jv16 PowerTools X achieving up to 14 percent improvements in PCMark 7 benchmark scores and up to 68 percent improvements in the Windows startup speed. Using different computers and Windows operating system versions, the PowerTools X product was able to improve the Windows startup time by 38 seconds on average.

The comprehensive benchmark test report also showed the overall system performance as measured by PC Mark 7 benchmark software, to increase by an average of 13 percent after jv16 PowerTools X was used to clean the test computers.

“The jv16 PowerTools X is our top achievement in making Windows systems run faster and and more efficiently,” said Jouni Flemming, Vice President at Macecraft Software. “We have spent over 15 years in development on this product line and just by looking at the data, you can tell it has been well worth the time to be able to create better options for consumers who need a good clean up of their PC to increase performance and operational stamina.” Screenshot of jv16 PowerTools X’s main window.

Download Now Above is a screenshot of the improved Software Uninstaller running directly from the main window. Download Now

The main improvements of the jv16 PowerTools X are:

A fully-functional, free 60-day trial version of jv16 PowerTools X is available for download without any feature limitations and without any bundled software at the Downloads page.

The results of the Ultimate Benchmark Test covering most Windows optimization software found on the market today can be read at Benchmark Report of 133 Windows Optimization Software Products.

For previous customers, the price of a personal license upgrade for PowerTools X is only $5.95. To buy now at the discounted upgrade price, please visit httpss://www.jv16powertools/upgrade-ptx/

Existing customers who bought the jv16 PowerTools 2014 version in August 2014 or later are entitled to a free upgrade. All Platinum VIP level customers are also entitled for a free update to the PowerTools X. To update, simply download the PowerTools X’s trial version and enter your details under the My Account feature. For new customers, a personal license is available at $29.95.

The benchmark test results can be read at: Benchmark Report of 133 Windows Optimization Software Products.

Founded in 2001 by the original author of the RegCleaner program – one of the first Windows registry cleaner software, first released in 1998 – Macecraft Software is a true pioneer and an industry leader in the field of Windows optimization and registry cleaning software.

Menu
Menu
Menu
Get jv16 PowerTools
We use cookies to ensure that we give you the best experience on our website. If you continue to use this site we will assume that you are happy with it.OkPrivacy policy